While I liked the leather tools I had before the fire, I have the unique opportunity in replacing said tools with better ones. Experience revealed the shortcomings to some of them, which I attempt to address in my replacements. Most of my replacements have been resounding successes for my style of crafting, although I had one particularly frustrating purchase: a stitching pony!

A stitching pony is a contraption that secures your leather project in a vise that can be carried around and anchors your project on your chair under your weight. This is important for hand sewing projects as the leather needs to be pierced with an awl (requiring some degree of force) while keeping your hands free to reinforce the leather while hold the sewing needles at the same time.

My old stitching pony was traded to me by a friend, who obtained it from a Kijiji-type sale of a motherload of leathercraft supplies from an old man retiring from the craft. It was certainly homemade; it wobbled a bit on the base, but the vise part worked perfectly. The only modification I made was to add another layer of leather padding on the jaws, as the “old” leather seemed to have aged to nothing. The only picture I have of it is from my How to Make a Leather Belt Buckle blog post a while back. 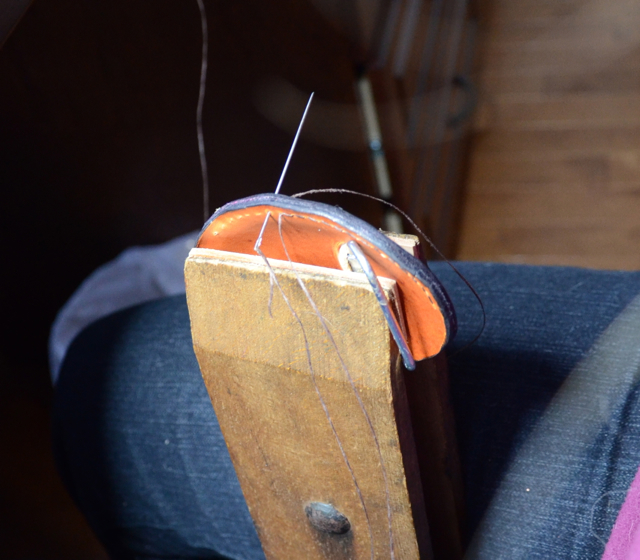 Thinking that I’d be doing myself a favour by purchasing a premium stitching pony, I purchased the Pro Lacing and Stitching Pony (reg $104.99 CAD) on sale from Tandy. Big mistake! Tandy carries the most basic and the least expensive leathercraft supplies for novice leathercrafters, unfortunately compromising quality for price much of the time, as I’ve learned over the last year.

To warn potential buyers, the only place I could think of to write a public review is Amazon.com, so in my frustration I wrote the following: 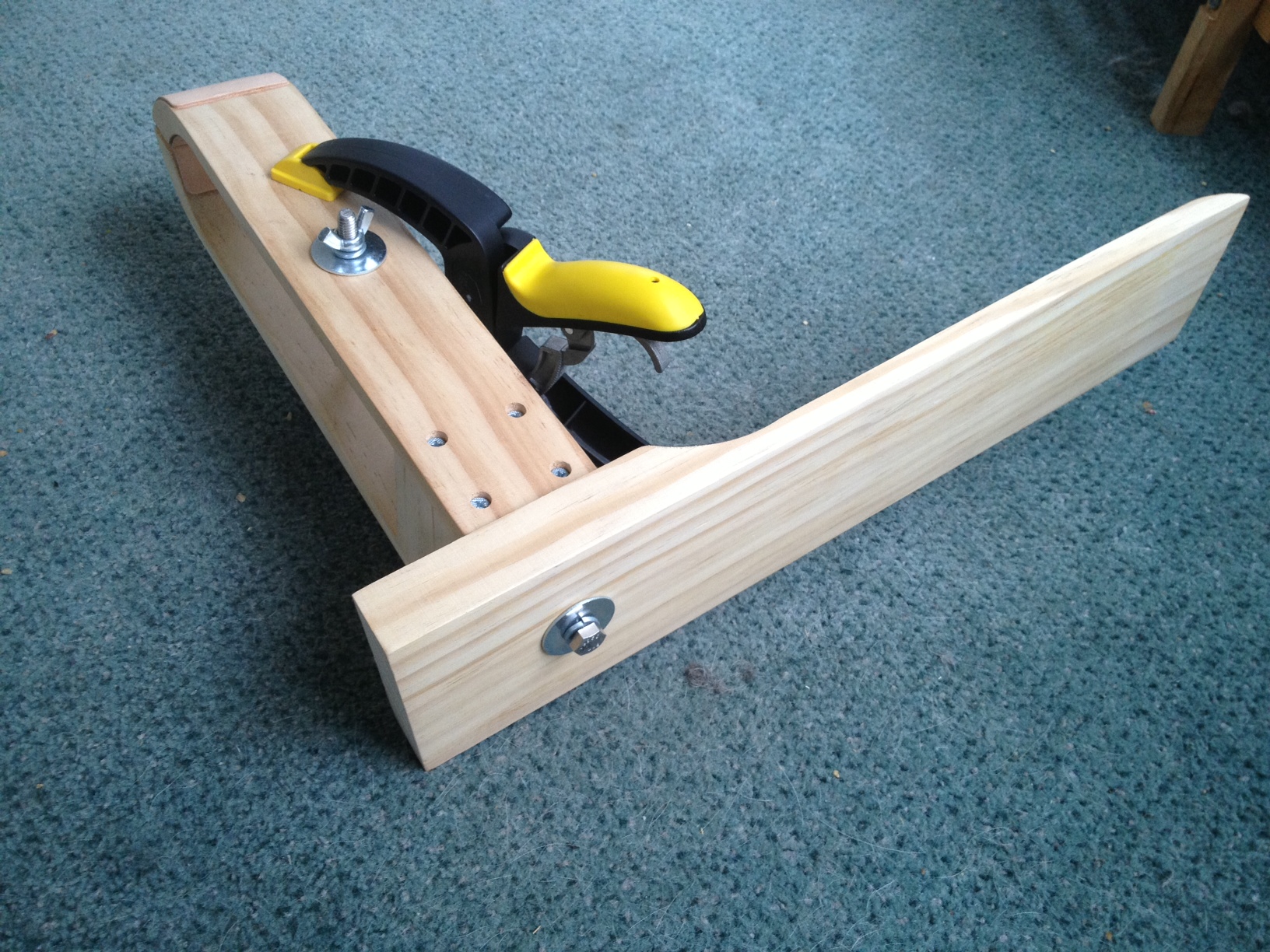 I lost my leather tools in a house fire, and replaced my old pony with this one. This pony is unusable without major modifications!

The bolts it comes with are of such poor quality that the screws do not fit. I replaced the hardware for about $5 at the hardware store. Despite this, when you try to tighten the screw, the bolt simply spins in its socket instead of tightening the jaws. I’ve tried several different washers to no avail. I ended up using a clamp to hold the jaws shut because the screws weren’t doing their job.

The bolt on the bottom is not recessed into the wood, so it sticks out. When using the pony, you have to hang that part over the seat of your chair so it doesn’t wobble over the screw (or risk damaging your chair).

The clamp itself should be centred on the base, so you can use both of your thighs to stabilize it. Having the clamp on the edge of the base makes it awkward to use, with inevitable back and shoulder strain from working off-center. The swivel on the base is nice, but not at the cost of the protruding bolt at the bottom.

The only good thing I have to say about this clamp is that the wood workmanship is nice. It’s smooth to the touch and sleek-looking. However, at $100+, it’s not worth your money. I paid around $65 with my elite discount at Tandy, and I’m sorely disappointed.

You’re better off finding some stitching pony plans from a simple google search, and beg or borrow the woodworking tools and/or expertise from a friend to build your own..

I ended up replacing this stitching pony with Tandy’s basic stitching pony (reg. 31.49). I used a bit of wood glue to stop the screw from spinning, and it has so far served me better than the “Pro” Stitching pony. With the right woodworking tools I’d still like to build my own in the future (with hubby’s help). If it’s successful, perhaps I’ll start building them to sell online (because it seems like no one else is)!.